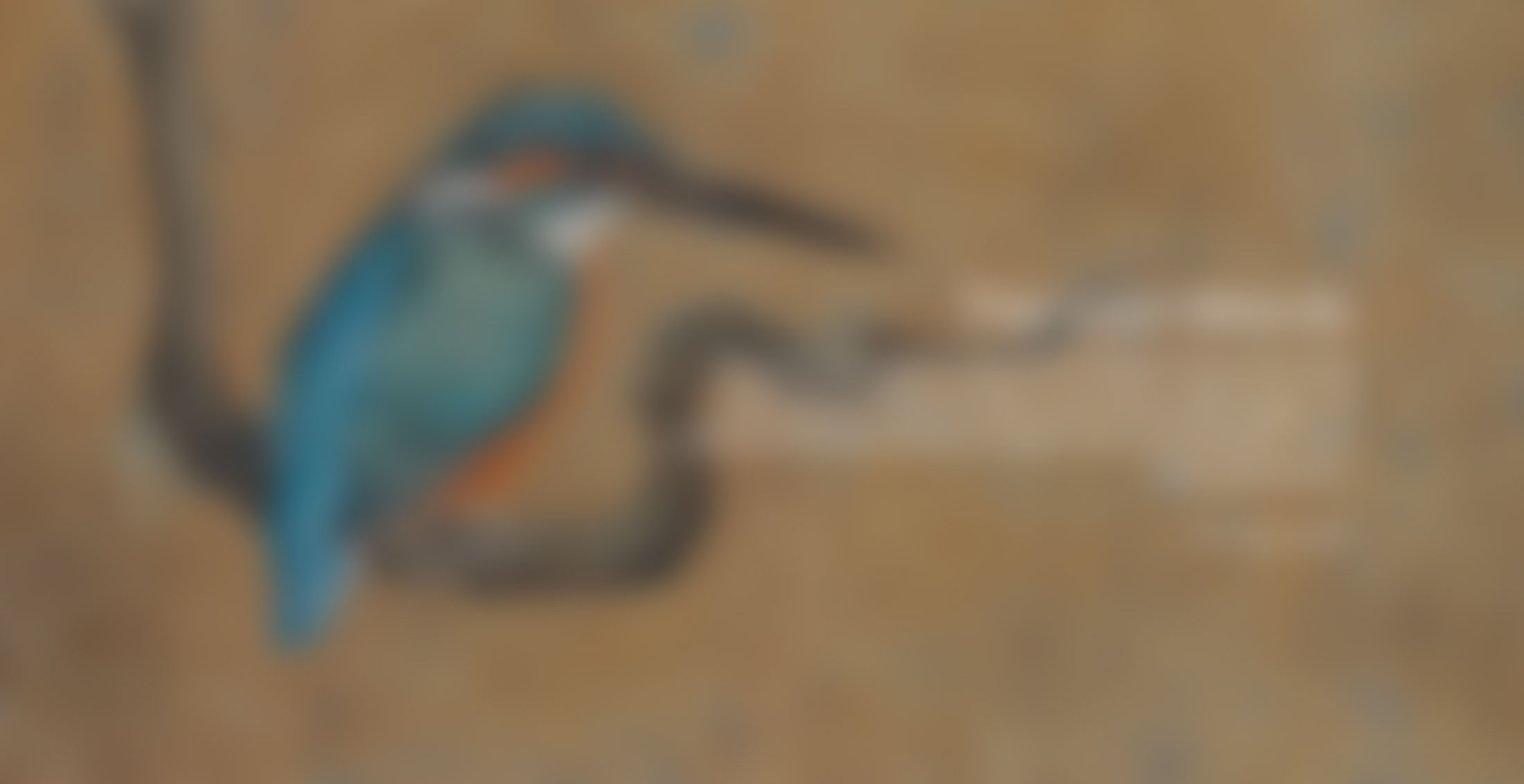 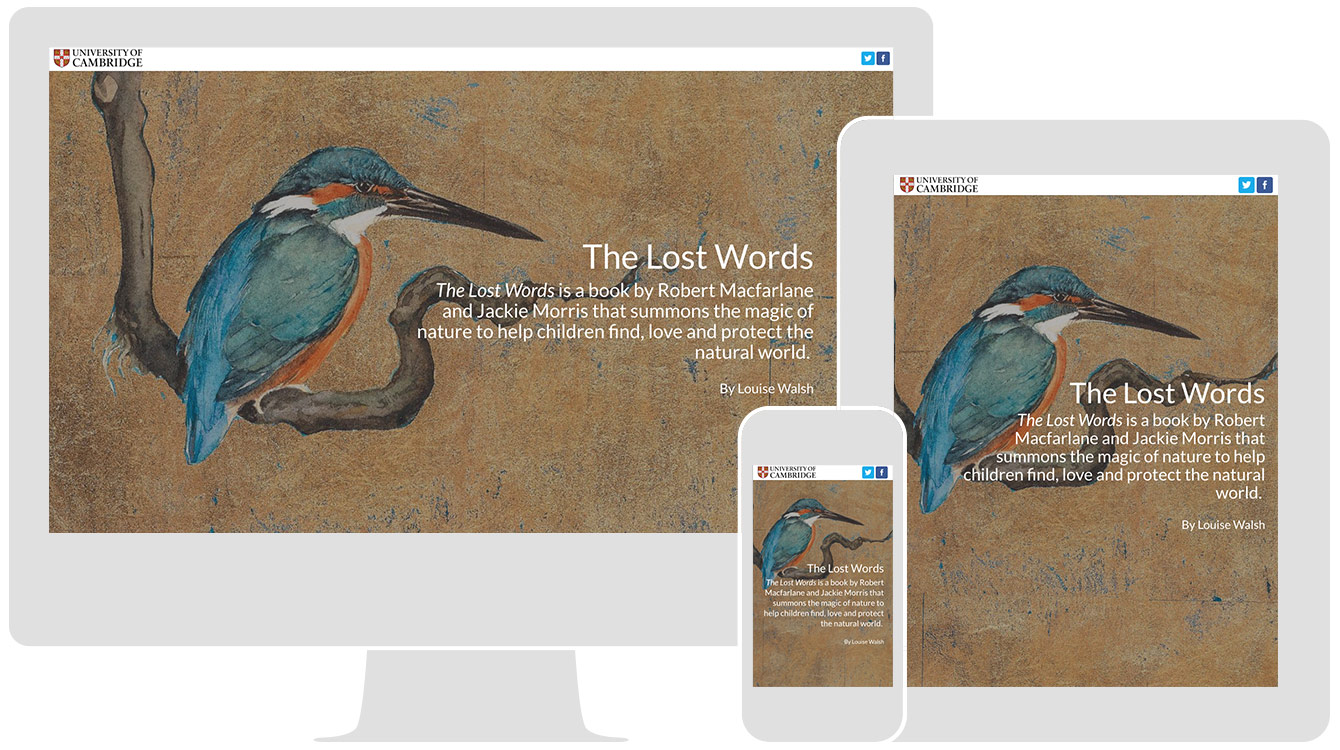 The University of Cambridge has plenty of stories to tell. “Cambridge is the most amazing place. The ideas and research that come from Cambridge help to save lives and change the way we think about the world – almost every day,” says Stuart Roberts, head of communications at Cambridge University Library. “However, everyone is busy and there is more content out there than you can possibly imagine.”

Stuart knows that in order to attract the best students and researchers to Cambridge to continue that work, they need to not only tell those stories, but tell them in a meaningful and memorable way. That’s why churning out content using a standard Content Management System just doesn’t cut it.

“Shorthand has been important for us because it allows us to grab people by the scruff of the neck and urge them to read on,” explains Stuart, who was formerly deputy head of research communications at the university.

“From the very start in your first Title section, whether it’s a full screen image or autoplay video you can grab peoples’ attention. That, in terms of storytelling, is really crucial. If it doesn’t look great and dynamic, then they will just go somewhere where they can get that.”

The first Shorthand story Cambridge published was A Tryst with Destiny in 2017, which went on to be shortlisted for the Shorthands Awards that year.

“We had amazing images in our Centre of South Asian Studies about the partition of India in 1947, and India and Pakistan becoming sovereign states. We wouldn’t have been able to tell that story properly if we only had our website,” Stuart says.

“It was essential for us to use full-screen images and utilise Shorthand’s Reveal section. We had to let the amazing pictures speak for themselves.”

Six months later, when one of the most world-renowned and respected professors of science sadly passed away, the University of Cambridge shared a fitting tribute.

The late Stephen Hawking was associated with the university for most of his life and career. Cambridge’s obituary of the professor remains their most-read Shorthand story to date.

“Professor Hawking was iconic and beloved. People admired the work he did and the struggles he overcame. I think being able to tell that story in that visual way made readers feel more a part of that particular moment in time,” Stuart says.

Readers engaged with it in a profound way, and continue to do so, spending an average of 10 minutes reading about Hawking’s time at the university and contacting the creators to tell them how much they love the tribute.

“We’ve always had people read our stories and send emails in, but I think as we’ve used Shorthand it has become much more engaging. That’s evident in the engagement stats we’ve seen and comments we’ve had,” Stuart adds.

As well as engagement, another target Stuart has been striving to hit is audience growth. Cambridge is thinking more like a publisher, taking inspiration from the likes of BBC News and Stuff in New Zealand.

As well as tributes and archive showcases, they are also producing exhibition write-ups, research pieces, alumni outreach, interviews and so much more.

“We’ve tried to provide content that people will want to see directly on the University of Cambridge website; not just relying on the media or press releases to find an audience, but to actually bring an audience directly to us and grow that over time.” 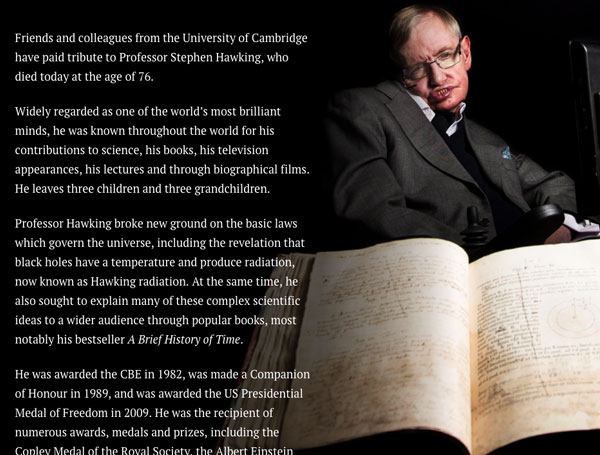 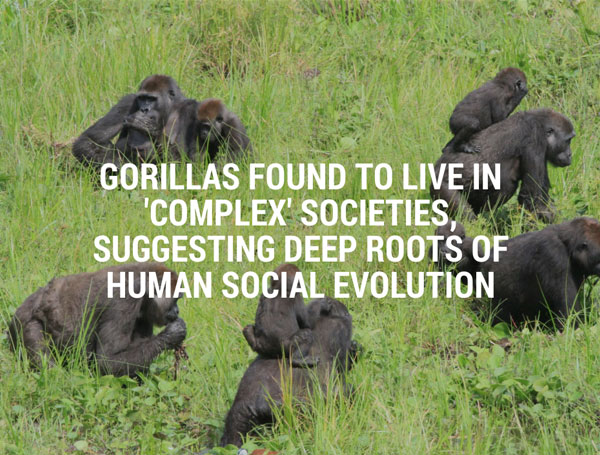 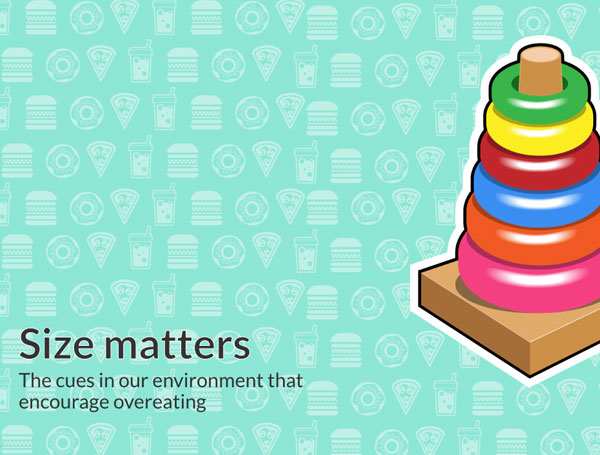 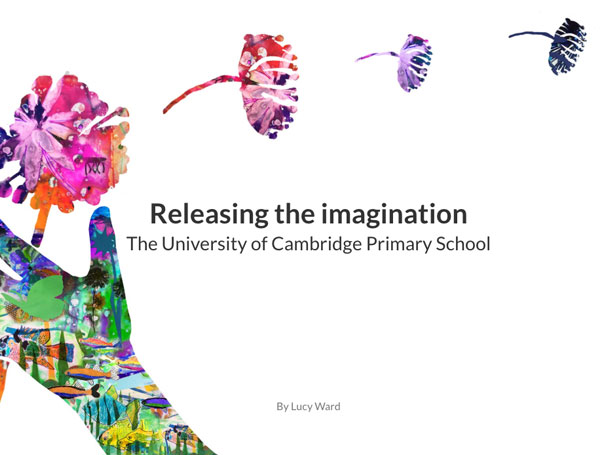 A selection of sections from The University of Cambridge's stories

As a result, many — if not all — of the features on their homepage carousel are Shorthand stories. “That’s usually where visitors click first, according to heat maps. We really want that to be our finest offering,” he says.

Stuart insists there is a need for organisations to act this way, not only because everyone is busy, but because the media environment has changed. “There are fewer journalists than ten years ago. It’s harder to get your stuff out there. You have to think more creatively.”

Adopting a new tool can help its users embrace new ways of working. Stuart says if you have great imagery “you’re halfway there”, but the team need to adapt when using Shorthand for stories with a lack of commissioned visuals.

An example of this is a story about a book on unmarried mothers from the 1700 and 1800s. “We didn’t have pictures to go with it. However, it was a great story and we wanted people to engage with it,” Stuart explains.

“Because we are a not-for-profit we managed to use pictures from the British Museum archives for free. That turned what would have been a straightforward CMS story into what I think and hope was a compelling Shorthand story. I heard from a lot of people who said they had interacted with and enjoyed that story.”

Promotion and maximising the discoverability of stories has been another area of learning for the team. (You can read Stuart’s tips about promotion in this Craft post).

Stuart wishes he could create a whole team solely dedicated to creating Shorthand stories! While that’s not possible right now, he is actively encouraging increased usage across the university, from Cambridge University Library and the University of Cambridge Museums, to faculties and departments, too.

“We realise Shorthand is now the natural way to tell our stories,” he says. “The platform also allows us to think about how we are going to expand and tell the whole story, rather than just parts of it, which I think we have been limited to in the past.”

The breadth, frequency and dwell time on Cambridge’s Shorthand stories continue to grow, as does Stuart’s praise for the tool.

“There is nothing to fear with Shorthand. There’s no mystery to it. The ease of use and its intuitiveness are why people love it. Pretty quickly you can turn a standard piece of content into something much more meaningful and engaging. We often spend a lot of time on our stories and we want people to read and love our storytelling.”

Read more from The University of Cambridge: