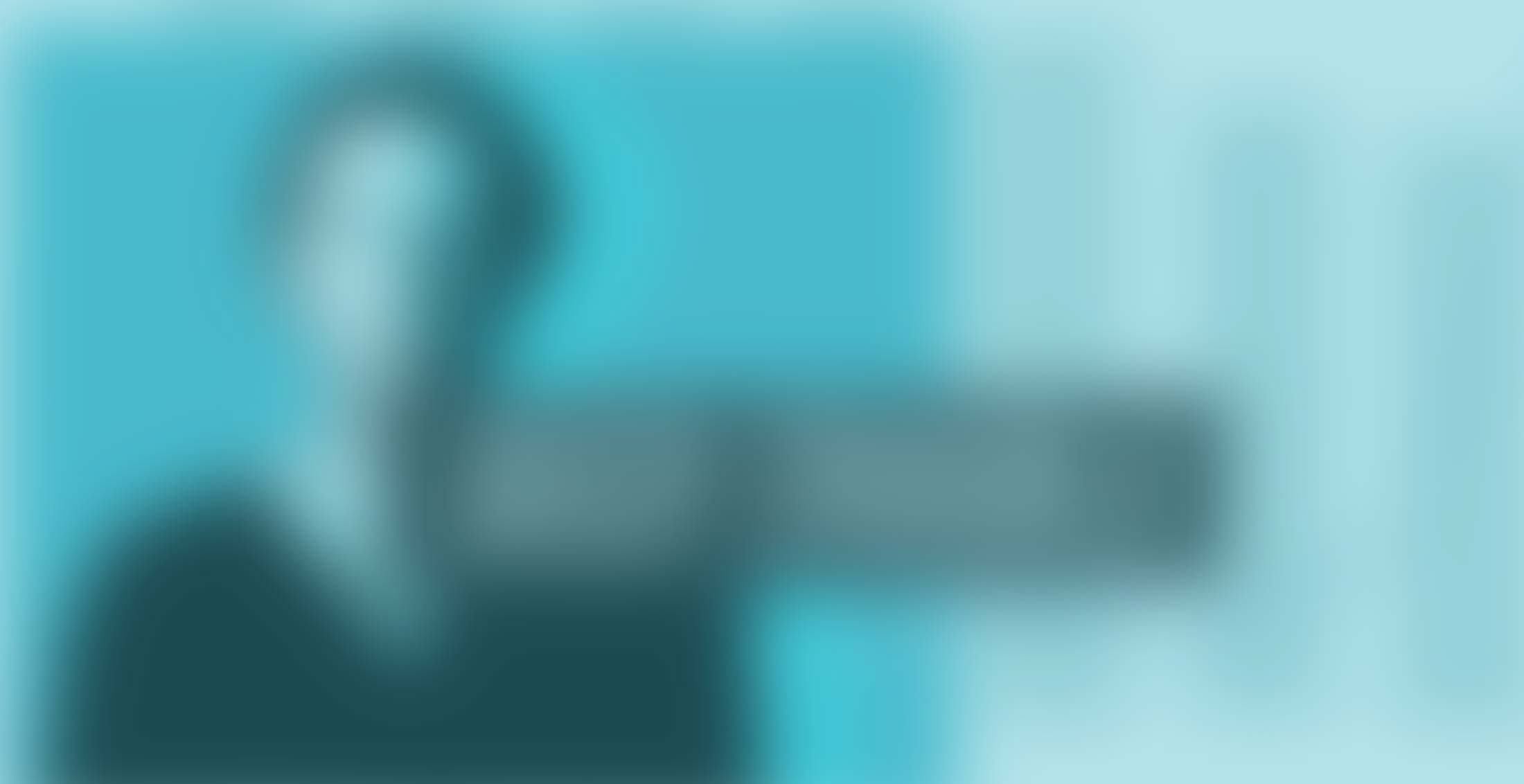 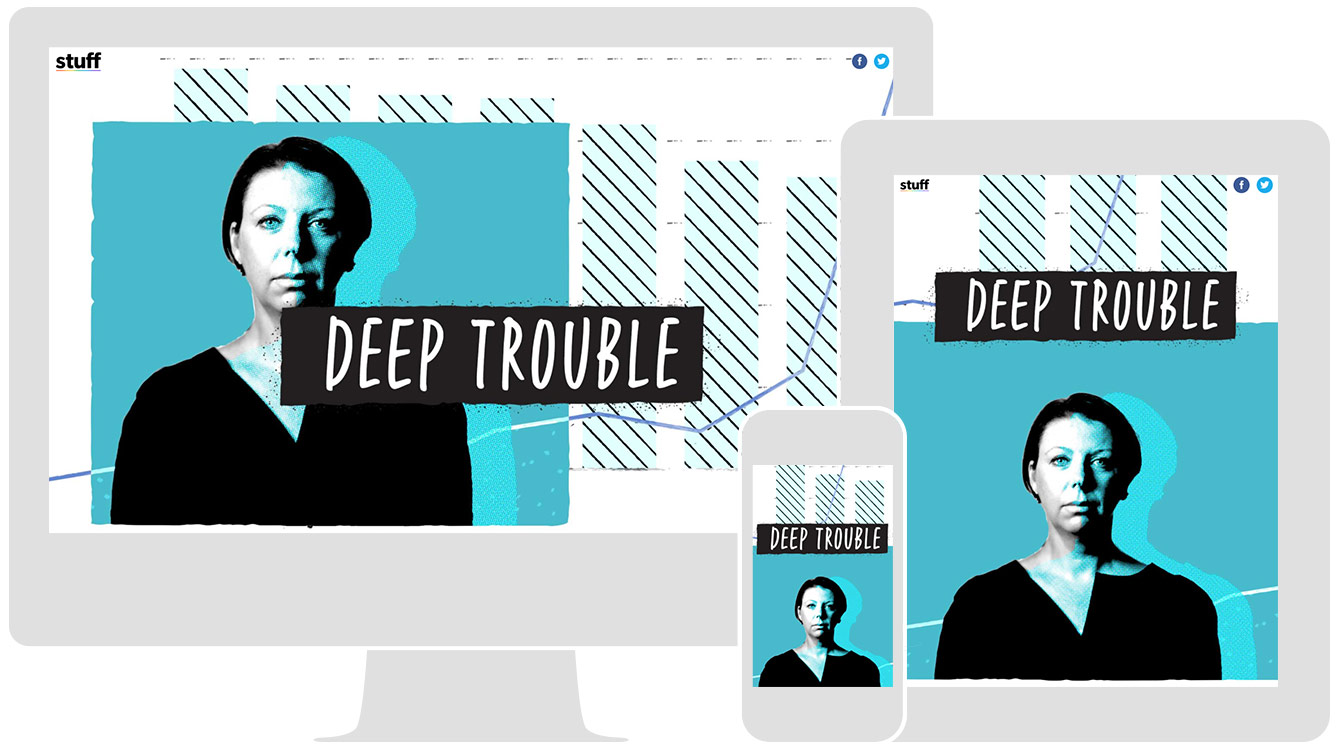 Since starting with Shorthand in early 2018, the Stuff team have produced over 100 stunning visual stories, including 407 and rising: The basics of the climate emergency and Deep Trouble, a data-driven analysis on unemployment after the first COVID-19 lockdown in 2020.

We chatted with the Stuff team to learn the secret behind their success.

Aaron Wood is a digital designer at Stuff, and has been with the company for over 25 years. As he explains, before starting with Shorthand, the Stuff team didn’t publish nearly as many immersive feature stories.

The main reason for this was the cost — in time and money — of working with developers to build bespoke reading experiences.

“Previously, you would need a developer to create the framework for you to then create the longform story. And then there would be a lot of to-ing and fro-ing as you created assets and the developer uploaded them to the framework.”

This meant that Stuff simply didn’t publish many immersive longform stories. “Before Shorthand, I was mainly working on small infographics and interactives, and nothing longform.”

When Stuff started using Shorthand in 2018, they were able to produce compelling longform stories in a much shorter period of time. “Shorthand is just a one-stop shop for us. A designer can create a great story without any knowledge of code.”

Kathryn George — also an experienced digital designer at Stuff — agrees. “Shorthand just takes away all of that headache of working with developers.”

“You could just do it”

From the beginning, Kathryn found Shorthand an intuitive platform to use.

“I’ve always liked the fact that you could just do it straight away, without any coding knowledge.”

Kathryn adds that developers can still be involved in the production of immersive visual stories — but they use their expertise on higher value tasks. “I really think it's fantastic that people with coding knowledge can also use it to create more customised stories.”

Aaron agrees. “You can make your Shorthand story as complicated or as simple as you want. You can start off with a simple project, and it will all look fine. But you can also extend the application to its fullest and create quite complex pieces with lots of sections.”

While Shorthand is simple to use, Kathryn says that more experienced users will find ways to build ever more creative and innovative stories.

“As you get more experience with Shorthand, you start to realize how creative you could be with all the different features, if you wanted to be.

“I think that gives the product a lot of depth. I like that you can use the scrollytelling features to animate graphics as the reader scrolls down the page. This makes stories very interactive. It's excellent. I love it.” 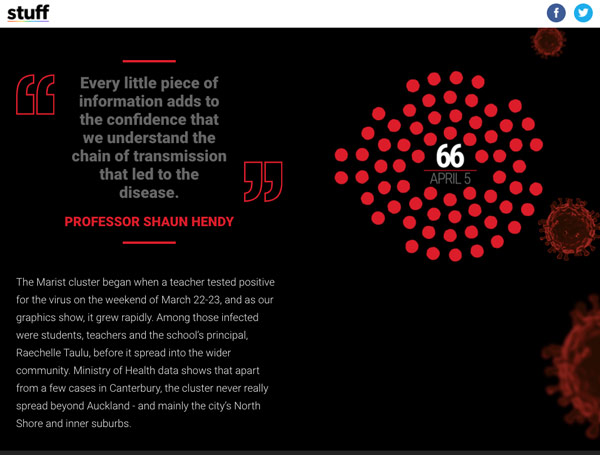 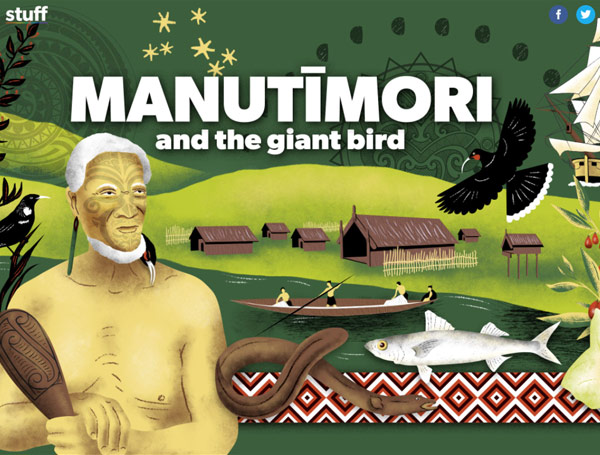 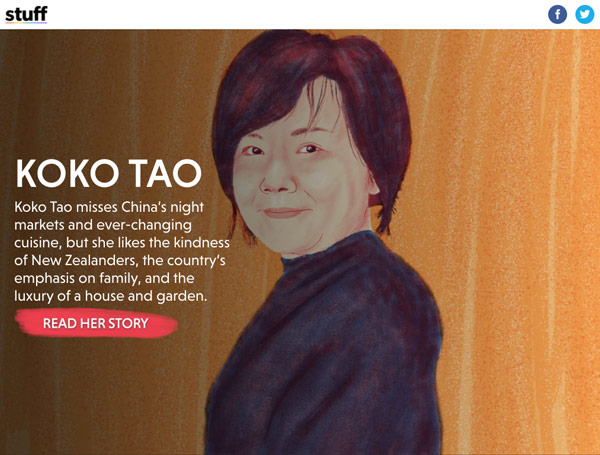 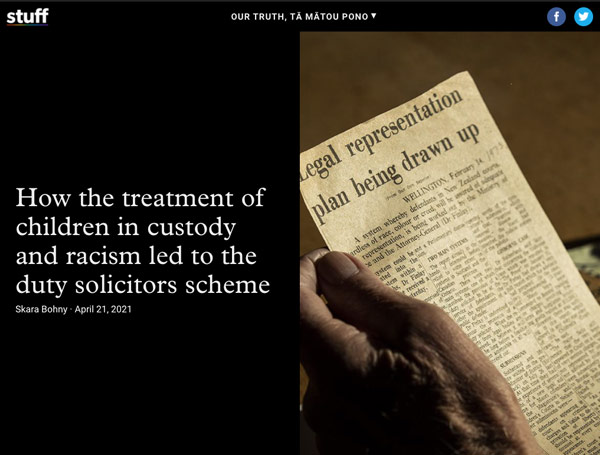 A selection of sections from Stuff's stories

The pivot to trust

Stuff’s investment in longform visual storytelling is part of a broader strategy to create a financially sustainable and impactful media company. As Sinead Boucher put it to the World Association of Press Publishers, “Everything we do now is about building on levels of public trust.”

These comments followed Boucher’s purchase of Stuff in May 2020 for $1 — that’s not a typo — bringing the company under local ownership for the first time.

Not long afterward, Stuff stopped sharing stories on Facebook. They also launched Our Truth, Tā Mātou Pono, an investigation into the true history of Aotearoa New Zealand. This involved an apology on the website and front pages of Stuff’s major newspapers for the company’s legacy of racist depictions of Māori.

Unlike many other media companies around the world, Stuff does not currently have a paywall. Instead, Stuff have adopted a Guardian-style membership model, whereby regular readers are encouraged to support Stuff’s groundbreaking journalism.

A key part of this model has been what media commentator Duncan Grieve dubbed Stuff’s “pivot to trust”. The production of high quality feature stories, many of which have been built with Shorthand, has become a major aspect of this pivot.

A history of stunning stories

One of Kathryn’s favourite stories is Aotearoa in 20, a story that drew from census data to illustrate the changes in Aotearoa New Zealand. (The story was recently featured in Shorthand’s round-up of 15 stunning digital stories.)

“I worked with our developer John Harford and data journalist Felippe Rodrigues to create these attractive scrollmation charts. It came together nicely and resonated with quite a lot of people. Everything worked well together.”

Kathryn is also proud of Manutīmori and the Giant Bird, a beautifully illustrated story about Aotearoa New Zealand before the arrival of Pākehā (Europeans). Alongside the illustrations, the story includes interactive text, which translates Māori words with a click or a tap.

As Kathryn explains, “you could also click to hear the sounds of three extinct birds, including the Moa.”

Aaron’s favourite story from recent years is The Cluster Paradox, a visually impressive investigation into the growth of a COVID-19 cluster, which also featured in Shorthand’s newsletter of best digital stories from around the web.

As he explains, stories like these routinely perform very well.

“Shorthand stories published by Stuff usually have really high engagement. Generally, we see two to three minutes, which is really high. And most of our stories also see over 70,000 pageviews — sometimes much more than that.”