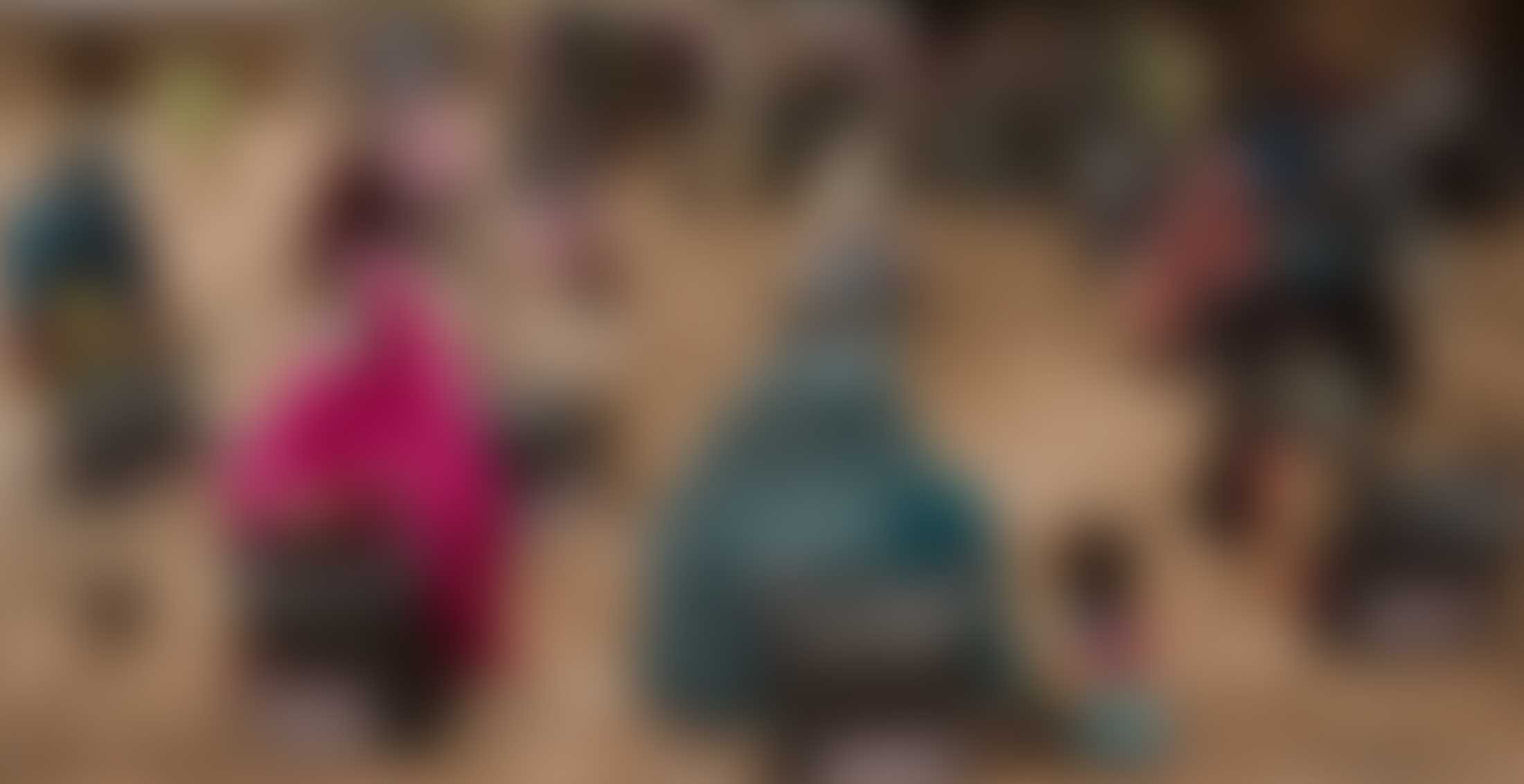 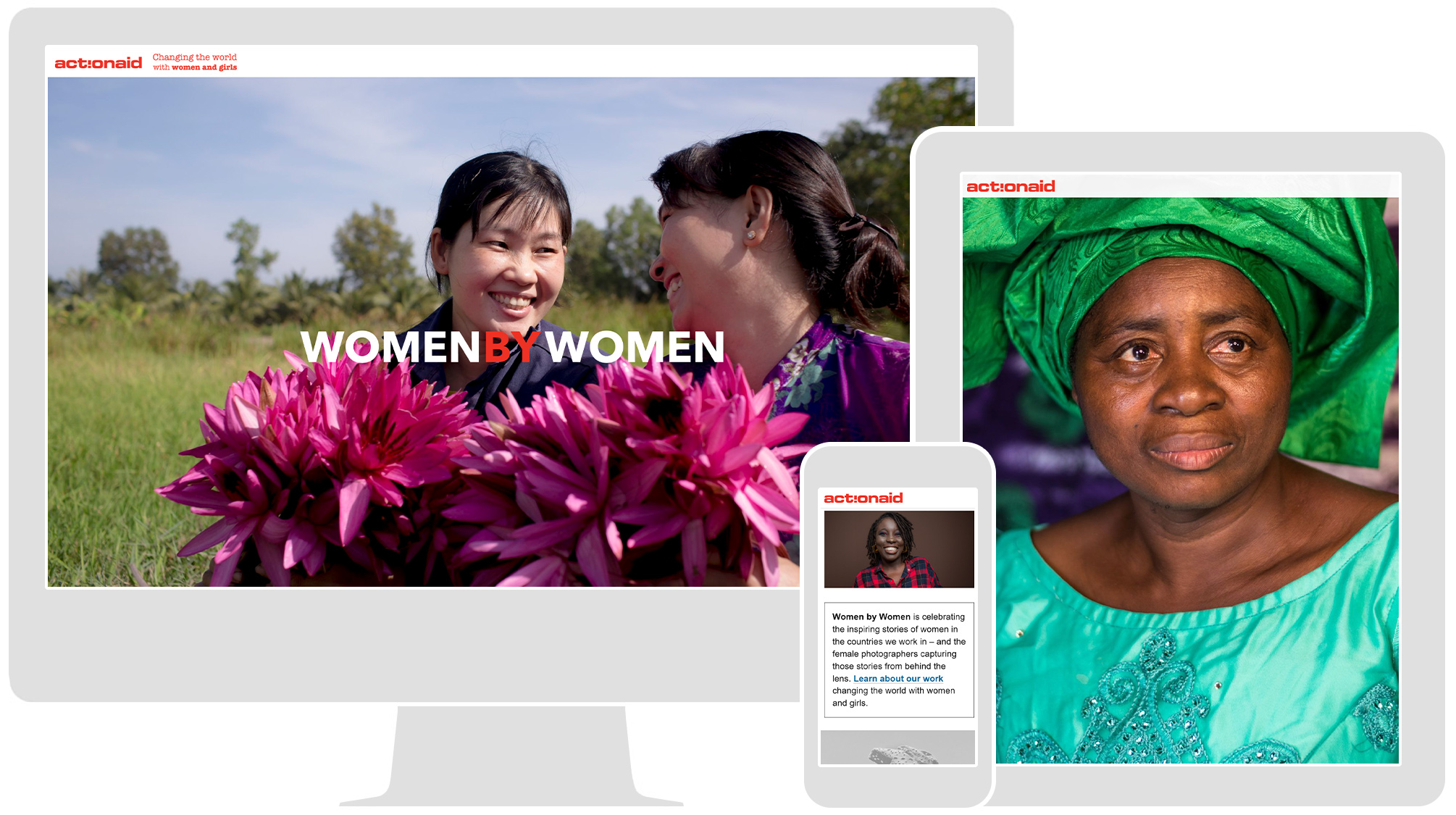 The team at ActionAid UK started using Shorthand after coming across an immersive feature story from the BBC.

Hollie Pycroft is ActionAid's Senior Digital Content Editor. As she explains, “It was a really beautifully illustrated piece. Someone found it and sent it around the team, and we all thought it was amazing. And we thought, wouldn't it be so great if we could do something like this?”

In October 2018, ActionAid published their first Shorthand story, and their content has since gone from strength to strength, with highlights including Women by Women  and Unmasked.

Before using Shorthand, the ActionAid team created custom content in their CMS, relying on the efforts of an in-house developer.

As Hollie says, “We would try to come up with custom templates and layouts on our website that could handle having that much content and still be engaging. But it was a lot of work. Shorthand has really solved that problem.”

Because Shorthand allows the ActionAid content team to bypass custom development, it is a cheaper option than building custom content in-house.

“It’s really difficult for us to come up with a great looking custom template that would be nearly as easy to use as Shorthand, and not require any coding or anything on the part of the editor. This makes Shorthand a less expensive option for us.”

One of the ways ActionAid uses Shorthand is to give information to donors who sponsor children.

Prior to Shorthand, the ActionAid team provided this information using a bespoke grid they had developed on their website. “We developed that, but it was incredibly time consuming to build, really not very easy to use, just because it was all custom code,” Hollie says.

“That was one of the reasons why we got Shorthand as well, that we could just do away with all that custom coding, use this tool, and it would save so much time.”

As Hollie explains, this outcome — and being able to say, “Look, this is actually going to save loads of time” — was one of the key reasons for ActionAid subscribing to Shorthand. 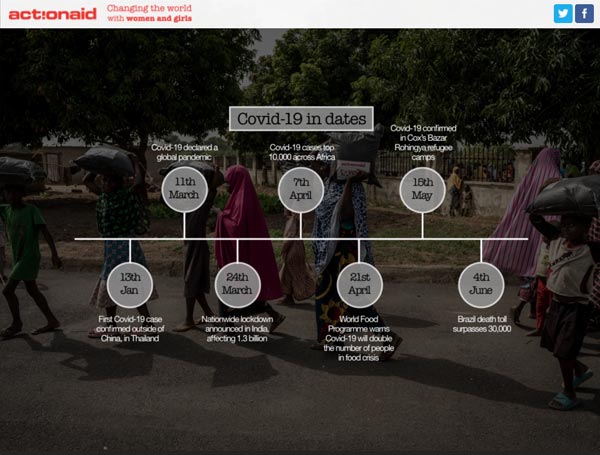 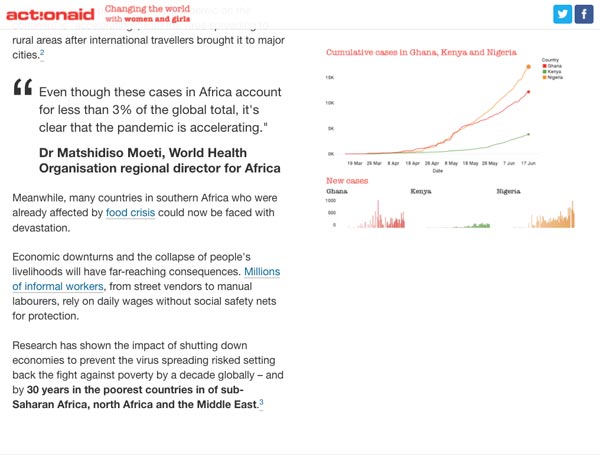 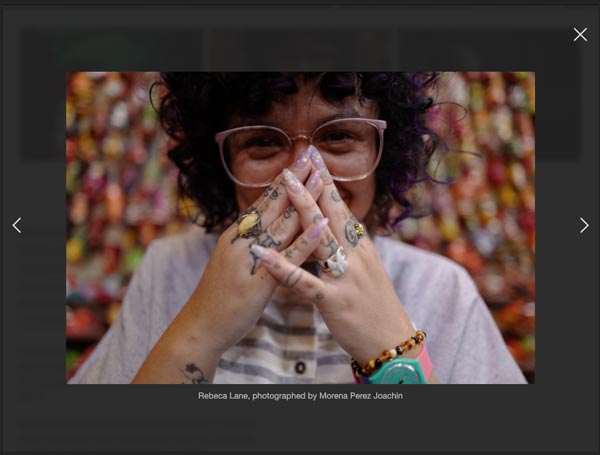 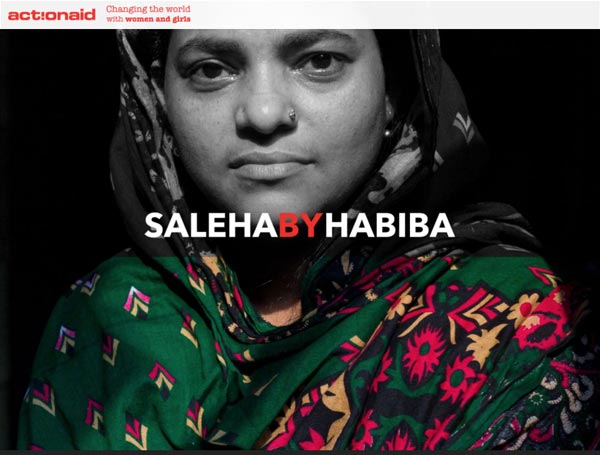 A selection of sections from ActionAid's stories

One significant Shorthand project for ActionAid was their virtual exhibition Women by Women, which preceded a physical exhibition.

“Women by Women is a photography campaign that's all about showcasing women photographers from around the world, who tell stories of women in their communities in a new way. The campaign is focused on telling in-depth stories and giving agency and power to the women whose stories are being told.

“We use Shorthand pages as a kind of digital gallery, as it were, to show the different photos. Shorthand is the best way of doing that that we're aware of. It works really nicely.”

While Hollie isn’t a trained designer, Shorthand gives her the confidence to produce visually stunning stories.

“I think that the main point is it's not essential to be a trained graphic designer to make it look good at all. One of the other things is I always go on the Shorthand blog, and there the Shorthand newsletter, which gives us brilliant examples. That's great for taking inspiration. I love it.”

A more recent use case for ActionAid is landing pages for their display ad campaigns.

Before using Shorthand, ActionAid used to send ad traffic to their website homepage. But, as Hollie explains, this didn’t get the results they wanted.

“Traffic from our display ads is cold. It's people just clicking from around the internet. We found that sending them straight to our website homepage results in really high bounce rates and really low dwell times. It just wasn’t getting us anywhere.”

Instead, Hollie and the team have started creating immersive landing pages using Shorthand. “We've been trying out creating engaging pieces on Shorthand that we can send that traffic to. We've tried it a few times now, and we found that it is improving engagement rates and lowering bounce rate. It’s doing just what we wanted it to do.”

One recent campaign called ‘She is the Answer’ got great results for ActionAid. “We had this gorgeous video and photography, so we thought: let's use it in Shorthand. We used ads on paid social to retarget people who've landed on this page, which worked really nicely.”

One of the additional benefits of Shorthand for Hollie is that it allows her creative freedom, without being difficult to use.

Hollie also appreciates the ongoing development and improvement of the Shorthand platform. “I think one of the things that's been so great using it over the past three years: It’s become better and better over time. There's been so many new things that have been implemented over the last three years.”

“It seems like your team, the development team, are working really hard to find out where there are problems, and create new solutions.”

Hollie also praises the customer success team at Shorthand. “Everyone I’ve spoken to at Shorthand has been really helpful throughout. It's been good!”

Over the years, Hollie and the ActionAid team have developed a reliable workflow for creating content with Shorthand, and are seeing great results.

“We do find that the dwell time is usually significantly higher with Shorthand pieces, and the bounce rate is lower, which I guess is down to that beautiful first page. It just kind of grabs you, doesn't it?

Beyond metrics, Hollie is happy to give her donors and community a great reading experience.

“There's something about just knowing that you're giving supporters something beautiful and well-thought-out as a piece of content, and the qualitative feedback that we get is great.”